East Boldre walk to discover a pond, a tumulus and an airfield with a pitstop at The Turfcutters Arms

Although at first sight flat and featureless, 4000 years of human activities lie concealed amongst the gorse and heather of Bagshot Moor and Beaulieu Heath. This walk passes by Bronze Age earthworks and the remnants of twentieth-century runways to one of the New Forest's most beautiful ponds. On the way they pass a fascinating row of letters spelling BEAULIEU.

Depending on time of year and weather conditions, the walk can be either a pleasant relaxing stroll, or some serious exercise after which you’ll thoroughly deserve your pub lunch or supper. In the best weather you might be enjoying the last rays of the sun towards the amazing sunsets we see across the heath from East Boldre or you might be bracing yourself against our prevailing winds blasting in across that same heath!

The Turfcutters Arms to the Beaulieu Letters

Set off from The Turfcutters Arms. You'll need to go out the back entrance across the forest or a short distance along the road, essentially making your way to the back of the village hall.

Built in 1917/18 as part of the Royal Flying Corps training airfield during WW1, it was used as an Officers’ Mess for entertainment with a lovely stage. At the end of the war when the other buildings demolished, the Officers’ Mess was left to the Villagers to thank them for their part in the war effort.

From the village hall cross Bagshot Moor towards the A3054 to a small hilly tumulus dating from the Bronze Age. Step up and enjoy the view! The area has been inhabited since prehistoric times and has over 30 Bronze Age barrows lie within the parish boundaries.

Descend the Tumulus to the NE and follow the track NE towards the A3054.

After 100m turn left and you'll find the Beaulieu Letters. When you get up close you’ll find the letters are really pretty big! And you may well experience a sense of the history of those early flying days of long ago.

Between 1910 and 1916, the word ‘BEAULIEU’ was carved into the heath at East Boldre, in letters approximately 4.5 metres (15 feet) high, making the whole word spread over 33.5 metres (110 feet). Some historians think that the letters date back to the WW1, RFC flying school and suggest that it appeared in about 1916. Another theory is that it was excavated for the 1910 flying school. The letters are quite unique. No other RFC or RAF training school had or has similar letters which suggests that it was not made for the WW1 military airfield.

During the days of the 1910 civilian flying school, numerous races were held and maps of the day which show the circuits they flew, indicate that the aircraft raced across the heath to a certain point where they turned for the return leg of the race. Neither pylons nor flagpoles to mark the turning point were permitted on the heath but the turning point coincides almost exactly with the position of the BEAULIEU letters. (In fact, they did build a pylon but were immediately ordered to remove it.)

During these races both altitude and speed records were broken at East Boldre. The letters were covered up during WW2 and do not appear on any aerial photographs of the day. Over the years, the chalk was gradually covered with soil and vegetation. Some local people think that the letters were previously restored during the 1960s. Since then, nature has reclaimed the letters and, once again, they became barely visible. During March and April 2012, local villagers carefully uncovered the letters by excavating down to the original chalk infill. The entire restoration process was filmed by the BBC and was televised on the BBC1 programme, ‘A Great British Story.’ (Read more about this here) 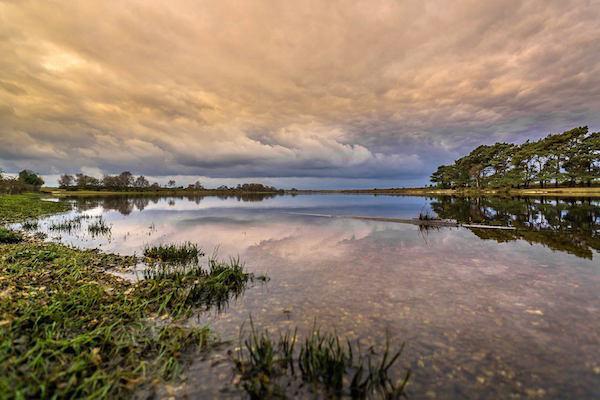 From the Beaulieu Letters, head towards the A3054 and take care crossing over to the entrance to Hatchet Moor car park.

Hatchet Pond derives its name from a hatch gate that led into the heath from nearby farmland. It was formed from a series of marl pits - marl is a mixture of lime and clay and was used to improve farmland. One of the commoners' rights was to dig marl from the Forest earth to improve the quality of their agricultural land. Forest historian Heywood Sumner suggests that the action of the wind on the water collected in the pits wore away their edges so they joined to form a pond. Or they could have been flooded to supply water to a nearby mill.

Once you've crossed the stream, follow the track straight on alongside the long stretch of Hatchet Pond for approximately 0.5km then turn right and follow track parallel to the long side of the Pond approx 0.8km - with lovely views both across the Pond and towards the Isle of Wight on your right and forest vistas also behind, beside and ahead of you! You'll eventually reach the clump of Scots pines at the far end.

Then follow the track around the corner of the pond and then parallel with the gravel track down from the main Brockenhurst road.  (You may be lucky and see the ice cream van further up the track near the road - detour permitted!) You'll then be nearing the car park where most people congregate for the views, at sunset the photographers are lined up, and, not many people venture far from their cars so most of the humankind you'll see will be here.

Hatchet Gate cottage stands on the edge of the heath where the open Forest gives way to the farming lands, privately owned, around Beaulieu. The houses east of the pond follow the boundary line and are now called East Boldre - but the old name for them was Beaulieu Rails and cottagers here still say they live 'under the rails.'

Hatchet Pond to The Turfcutters Arms

From Hatchet Pond, follow the track through the car park and around the road side of the pond. Cross back across the B3054 and follow the Forest tracks parallel to the road back to The Turfcutters Arms.

The Turfcutters Arms is a fabulous traditional pub with a welcoming atmosphere, great food (at affordable prices) and a super garden perfect for fine weather days. If you're looking for a great place to stay, the pub also has three self contained appartments, all well appointed.

According to Terry Townsend in “Hampshire Smugglers’ Pubs", in 1834, five years before East Boldre became a parish in its own right, the residents were described in a parliamentary report as “for the most part smugglers and deer-stealers”. During the smuggling era, turf (peat) was harvested here as an important source of fuel. The Boldre turf was an accumulation of partially decayed vegetation or organic matter unique to natural areas like the peatlands or mires found in this part of the Forest.

Local legend has it that smugglers would sink their wares in the Pitts Deep stream at a spot known as Brandy Hole - due south of East Boldre. Kegs would then be floated ashore by puns and then carried by a gang of local men to carts waiting a short distance away.

The name of the pub originates from the ancient rights of “Turbary”, which applied to the chimney and hearth of a property to cut a certain amount of turf for use as fuel in that hearth alone. The pub still retains a collectin of turfing irons.

Find out more about The Turfcutters Arms

Discover more things to do this half term: What's On in the New Forest over Half Term

To see what's on day by day, take a look at our Events Calendar for the Lymington, New Milton and New Forest and surrounding areas. Remember, if you're organising a local event then add your event to the Lymington.com calendar for free and contact us to find out about business membership which includes local advertising and promotion.

Take a look also at our Things to Do section, which includes Places to Visit, Walks and Leisure Activities.

And if you've not already subscribed to receive our FREE Weekly What's On newsletter, emailed every Friday morning and full of the latest New Forest events, news and information, subscribe here:

Remember to mention Lymington.com when you're out and about this half term!

If you have news or information of local interest that you would like to share on Lymington.com, get in touch!

Real Food - Catering for all Occasions

Real Food comes from a Real Chef: delicious home cooked food for any occasion from real food with local fresh ingredients, lovingly cooked in my professional kitchen and supplied anywhere… 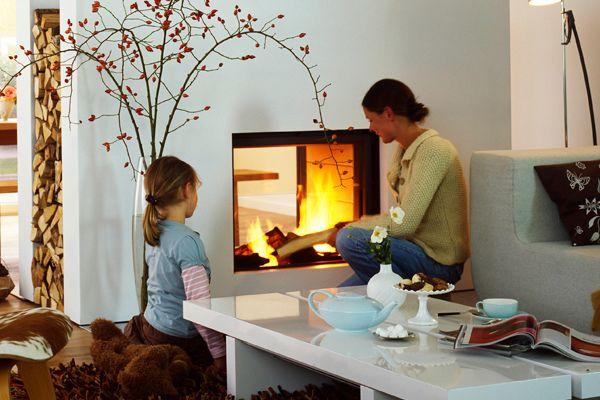 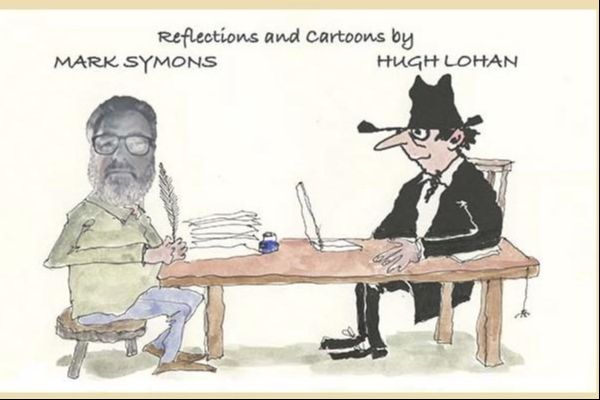 Bringing the joy of dance and fitness to the New Forest: dance, yoga and pilates classes with a fun and unique atmosphere. Currently classes for dance fit, ballet and ballet fit take place…