Monty's Inn in Beaulieu is celebrating after coming 2nd in a prestigious national award. 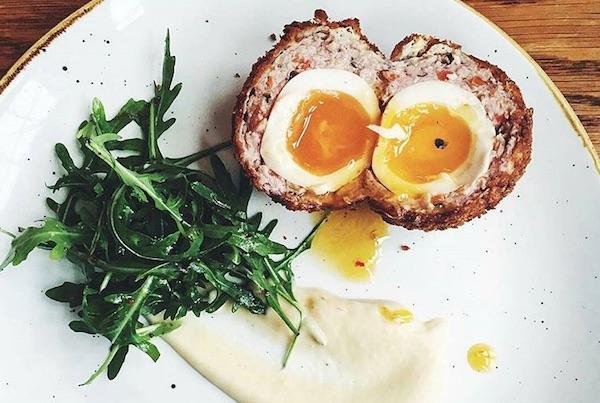 Monty's Inn is celebrating after coming 2nd in a prestigious national award. Young’s annual Scotch Egg Challenge, which took place at the Canonbury Tavern in Islington, challenges chefs from pubs and restaurants across the country to create the ultimate scotch egg.

The English country pub, Monty’s Inn, is known for its heritage cooking and classic British favourites, and head chef Robbie Mclean demonstrated this by creating his scotch egg using local pork sourced from Pondhead Farm in Lyndhurst, and an egg from the brood of hens that live in the Kitchen garden.

Monty’s Inn is part of The Montagu Arms hotel in the charming forest village of Beaulieu.

James Hiley-Jones, Managing Director of Greenclose Hotels which run both the Montagu Arms and Careys Manor, said: “We are delighted that Robbie’s signature scotch egg has been recognised as one of the best in the country.

“Robbie is an outstanding Head Chef and we are grateful that we’re able to work with some of the best suppliers from the New Forest and beyond, as well as harvesting fresh, seasonal ingredients from the hotel’s kitchen garden.”

Available on both the lunch and dinner menu at the Monty’s Inn, the scotch egg is coated in pork scratchings and served alongside a spiced apple sauce and dressed rocket. The Monty’s Inn is open daily from 11am until 11pm.