Email
This email address is being protected from spambots. You need JavaScript enabled to view it.
Website
http://curiousartsfestival.com/
First Line of Venue Address
East End
Town
Lymington
Postcode
SO41 5SJ 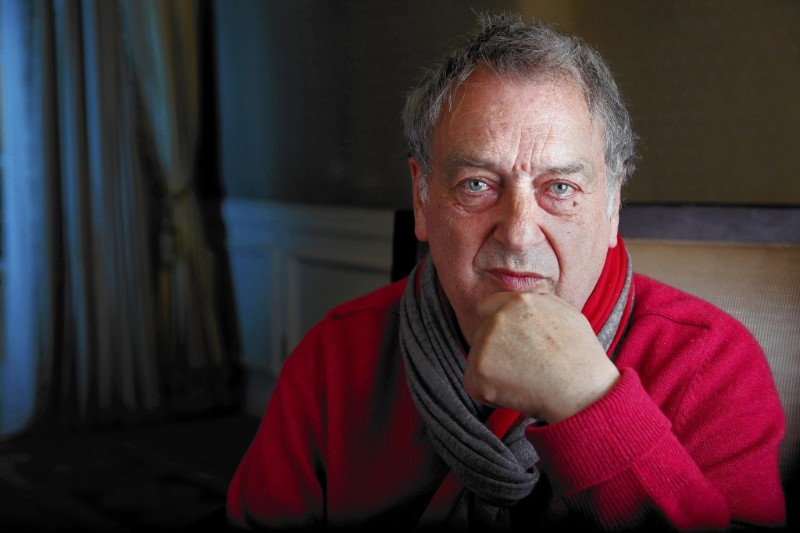 As a special treat for those of us who saw the hugely acclaimed BBC drama A Very English Scandal, its director, Stephen Frears, will now be joining the Curious Arts Festival line up on Saturday 21st July.

Perhaps best known for his films The Queen, Philomena, Dangerous Liaisons and My Beautiful Laundrette, Stephen is one of the UK’s most celebrated filmmakers and we are thrilled to welcome such a titan to this summer’s festival.

Asking Stephen the questions will be legendary interviewer and festival-favourite, Lynn Barber, whose remarkable life was the subject of the much lauded film, An Education, starring Carey Mulligan. Lynn has interviewed everyone from Salvador Dali and David Hockney to Katie Price and Marianne Faithful - and this event looks set to be one of the festival’s most hotly anticipated.

About the 2018 Curious Arts Festival

The Curious Arts Festival takes place this year over the weekend of 20-22 July 2018, once again in the beautiful grounds of Pylewell Park on the Solent Shore close to Lymington.

You will be entertained by some of the UK’s most exciting musicians, as well as by famous novelists, exceptional historians and poet laureates (all of whom you will get the chance to meet too).

You can expect illuminating adventures, lively literary chat, breakfast briefings on the day's news, cocktail masterclasses, cartoon clubs, the return of MJ's pop-up choir, a fine array of food and drink, fire poem and much more.

There are lots of opportunities to join in and try something completely new.

It's a real "family" festival - there is lots for curious children to see and do, and dogs on leads are more than welcome too.

Be warned that the weekend also involves lots of sitting on a deckchair with a view of the Solent, relaxing with gin and tonic in hand, catching up with friends old and new.

This year you might find yourself learning how to write a Petrarchan sonnet, losing your life-savings at poker, creating a vintage doll's house from scratch or joining a LOVE workshop among many other offerings and experiences.

Full details of the musical line up can be found here

In 2014, John featured in the Calvin Harris single “Blame” which topped the UK charts and the same year he was nominated for three Brit Awards, including Best British Male Solo Artist. Newman has sold over a million records in the UK alone and “Love Me Again” has been viewed over 580m times on YouTube.

The stand up Comedy

Simon Evans hosts the line up

Simon Evans who heads up the Comedy and News departments of Curious, is well known to the British comedy-going public from TV shows such as Live at the Apollo and Stand Up for the Week, and as a regular on BBC Radio 4.

His own hugely successful, acclaimed radio show Simon Evans Goes To Market returns for a fourth series this January and February 2018 (on currently, Tuesday evenings) and provides a funny, incisive and informed look at the economics behind, well, everything.

From late February he will be touring his new show Genius which received five star reviews at Edinburgh Festival in 2017 and was described as a ‘masterclass in socio- political comedy’ and an ‘extraordinarily accomplished hour’ in The Scotsman.

Journalists DOLLY ALDERTON (on her book Everything I Know about Love) and SALI HUGHES (author of Pretty Honest) and restauranteur and Polpo founder RUSSELL NORMAN on his new book Venice.

Keep an eye on the  CURIOUS ARTS FESTIVAL WEBSITE

A treat is in store for fans of renowned Gareth Malone - the Choirmaster extraordinaire will curate an evening of music on Sunday in which all can take part.  For all the lowdown click here

Children’s programming highlights this year include:

• Author events with children’s fiction prize winner PIERS TORDAY (author of the Last Wild Trilogy with new book The Lost Magician), and LYDIA ROSE RUFFLES (whose debut coming-of-age story The Taste of Blue Light will be followed up by Colour Me In this summer)

• Comedy performances for children from JAMES CAMPBELL and JO NEARY with her Peg in The Gallery performance.

• Immortal wizard THE STORY BEAST performing hairy, ever-so-slightly scary tales and songs for kids, helped but mostly hindered by his arch-nemesis, Mandy The Witch Who Lives Under The Sink

• Classic cartoons from early and through the morning showing a charming array of cartoons in the film tent for children and parents to enjoy. Duvets welcome.

• Craft workshops from BELLA AND THE YOUNG ONES designed by the immensely talented Isabel Lyster to charm and delight young ones of all ages. Isabel and her team will be on hand through the weekend with paint, tools, pencils, puppets and a wide range of activities to fire the imagination.

• Oversized traditional games such as giant chess sets, dominoes, snakes and ladders as well as croquet.

Local residents are encouraged to join in the whole weekend's entertainment and activities - there's so much more than the music on offer!

Camping is FREE with weekend tickets

There are GLAMPING options available too

Children under 5 are free.