The joy of New Forest and other sheds

Also at the heart of the National Motor Museum at Beaulieu, whatever Jeremy Clarkson thinks!

This week's instalment from our intrepid duo, writer and crafter Mark and cartoon magician Hugh!

"The Top Gear presenter Jeremy Clarkson has always been known to be a harsh critic of what he refers to as ‘shed engineering’. This is his favourite pejorative term for low volume manufacture which he seems to detest. His ideal would be a shiny factory with painted floors and an imposing marble floored reception dotted with wasp-waisted secretaries. I don’t think I need to tell you that major manufacturing facilities don’t magically appear with the wave of the engineering fairy’s wand. As the ancient Chinese proverb states, ‘Even the longest journey starts with just one step.’, and so it is for engineering.

Soichiro Honda left school at fifteen and became an apprentice at a garage where he repaired and serviced cars. After six years he returned to the family home and began to make motorcycles in a wooden shack on the property. Are you by any chance familiar with the name Honda? William Morris started out making bicycles until he decided to build his own car, the Morris Bullnose. Realising that he didn’t quite have the facilities to create a car from scratch he used existing parts from other manufacturers. Once he had a financial toe-hold, he pressed on and eventually became a major manufacturer in his own right. There are countless major brands that started with the vision and expertise of one individual. An individual that often started out with just a shed.

Part of the Battle of Britain, just eight-hundred metres away.

Close to my home is a small workshop which houses the most incredible machines and it is run by just one man. These machines are computer controlled, work night and day if required, and produce parts to the exact specifications without so much as a coffee break. This particular workshop is a little larger than a shed, but not much. I’m friendly with the proprietor and the other day I needed two small parts made from brass. He said he could do them within the week but they were ready the following day. Out of curiosity I asked about some tiny parts, smaller than a broad bean, that were on his desk.

“Oh, they’re pawls for the release mechanism for the guns fitted to a Spitfire. There are a couple being restored not far from here.”

Entranced, I turned the tiny part over in my fingers, fascinated by the complexity. He told me how the various warplane restoration groups, who work for wealthy individuals, tend to help one another. After all, Spitfire parts tend to be tricky to source. When one of the restoration groups discovered his tiny workshop and his high-quality work, word spread fast. Now he is talking to aircraft restoration engineers across the country helping them to painstakingly rebuild these historic aircraft to the highest specifications. This isn’t a job, it’s a privilege.

A tidy desk is the sign of a sick mind

Most small workshops seem to be slightly scruffy and a little down at heel. It seems to be the way engineers prefer things. But not Jeremy Clarkson. A long time ago I was pursuing a patent for a new engineering idea. I needed expertise way beyond my abilities and so I took myself for a walk to Riverside Park where there is an elevated model railway. Model railway engineers are talented and multiskilled individuals who build, from scratch, the most handsome miniature steam engines. After asking around I was given an address and soon I was knocking on the door of a very normal semi-detached house in Bitterne Triangle. His wife seemed entirely at ease at the arrival of a strange visitor wearing a serious expression and clutching engineering drawings. I was taken down the hall, through the kitchen and down to the shed where I was introduced. He shook my hand, sat me down and we began to talk. Whilst he studied my drawings, I had time to take it all in.

The shed seemed to have morphed from what was once a simple space into a multi compartmented one. There were all kinds of machines shoehorned into the tightest spots beneath the low ceiling. I saw many wooden drawered cabinets with tiny labels grubby from a thousand thumbprints with faded handwriting describing the contents, drills, taps, reamers and much more. The floor, which was concrete, had been impregnated with a hard and shiny layer of compacted oil and metal filings; there was a politically incorrect calendar on the wall. The smell was simply that of a workshop, predominantly oil.

Once he had finished, he said,

“I can do it, but not for a month. You see it’s the start of the Formula 1 practice season.”

There was a pause as my chin gently touched the floor.

“Yep”, he continued with a smile as he continued to look at my hand drawn designs, “they’re good for business and because they’re such a novice team they keep breaking things! They need their replacement parts right away, if not sooner.”

There I was, a naïve young man with a dream, and I was talking to someone who was an integral part of the top flight of motorsport, in a shed, in Bitterne Triangle, in Southampton. Incredible! But not as incredible as the fact that because he couldn’t help me right away, he directed me to another, equally well-equipped shed just one mile away.

The heart and soul of Britain’s engineering heritage

These small outfits are the backbone of British engineering. Our tiny workshops are utterly indispensable as larger concerns are only interested in high volume, low profit orders. It is a fact that seven out of the ten F1 teams are based in this country. We are fortunate enough to enjoy such a wealth of engineering excellence that this tiny island of ours is often the first port of call for top motorsport teams. Perhaps the next time you are watching F1 cars on the box, or if you are really lucky, live, consider the origins of some of the parts. There’s a chance that they might have been created not far away.

Thanks to the Beaulieu Estate and National Motor Museum for the use of the wonderful workshop.

More tales and cartoons from Mark and Hugh

If you enjoy these skilfully told tales and cartoons and you don't already receive our Weekly What's On e-newsletter to receive each week's as it's published - sign up here!


Meanwhile if you'd like to read previous articles on diverse subjects written by Mark and illustrated by Hugh's cartoons here they are, click the links embedded in the titles:

Independent Financial Advisers, offering a wide range of specialist financial services. We will work with you to create a bespoke and clear financial plan for the future and advise…

Looking for a therapist, well-being professional or well-being events in Hampshire or Dorset? The New Forest Mind Body Spirit website has it all. Our website showcases some of the best… 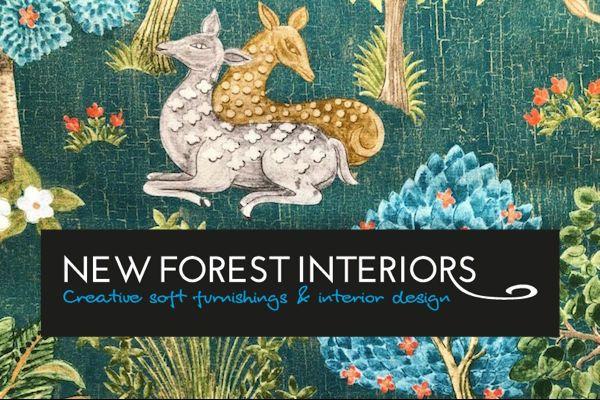 Modern and tradional soft furnishings in Lymington at New Forest Interiors where the experienced and helpful design team will translate your embryonic ideas into beautiful new curtains,…

Home interiors boutique on Lymington's Quay Hill with an elegant selection of home furnishings, clothing, accessories and gifts that articulate both stylish seasonal mixes alongside classic…