A new playground for Pennington

Pennington Playground was officially declared opened by the Town Mayor Barry Dunning on 26 September. The opening was attended by children from nearby primary schools and playgroups who received goodie bags from the playground supplier and installer Wicksteed.

The newly refurbished play area on Pennington Common gets the thumbs up from local children!

The newly refurbished playground on Pennington Common unofficially opened on the 25th August, just before the Bank Holiday weekend.

The Town Council invested £65,000 in a complete overhall of the play park, adding innovative and exciting pieces of play equipment to challenge and suit children of all ages and mobility.

The playground includes a donkey springer that echo's the Donkey Derby event in the summer and the common’s grazing history: at the time of Lymington's salt industry, donkeys were used to transport salt from the marshes to the main road and would graze on Pennington Common.

The playground was installed by Wicksteed and has been sensitively designed in wooden apparatus where possible to blend in and enhance the SSSI (Site of Special Scientific Interest) status of the Common.

Back in February a consultation went out to the schools, nursery and preschool in the vicinity, where the children voted for their top 3 items they would like to see installed in this playground. The Town Council received back 757 responses, with the trampoline coming out in first place, the zip wire second and the 4m pirate's lair being third. These were included in the chosen scheme along with the following pieces: pick up sticks, buddy board, 2 multiplay pieces, inclusive roundabout, 3 way cockerel, donkey springer, 2 cradle swings for toddlers, 2 flat swings and a basket swing – totalling 13 pieces of play equipment.

The new playground will be officially 'opened' at the end of September. Check back here for more details soon! 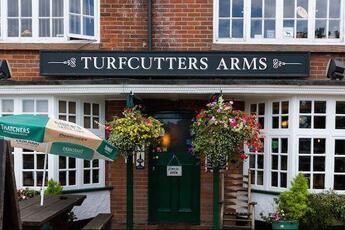 Both temporary and permanent air conditioning and heating systems, for both sale and hire, Lymington and New Forest area. Ideal for businesses, including restaurants and pubs for seasonal…

Looking for a therapist, well-being professional or well-being events in Hampshire or Dorset? The New Forest Mind Body Spirit website has it all. Our website showcases some of the best…

The South Lawn Hotel ideally located between Lymington and Milford on Sea offers a peaceful retreat including fabulous banqueting facility. With secluded terrace and landscaped gardens it's…

By the banks of the Beaulieu river, The Montagu Arms Hotel is set in a beautiful historic country house, originally built in 1742. The quintessential English country house hotel, offering…

Luxury country house hotel with Herb House spa in the heart of the New Forest near Lyndhurst, offering the very best in laid-back luxury accommodation, relaxed and stylish Italian restaurant…